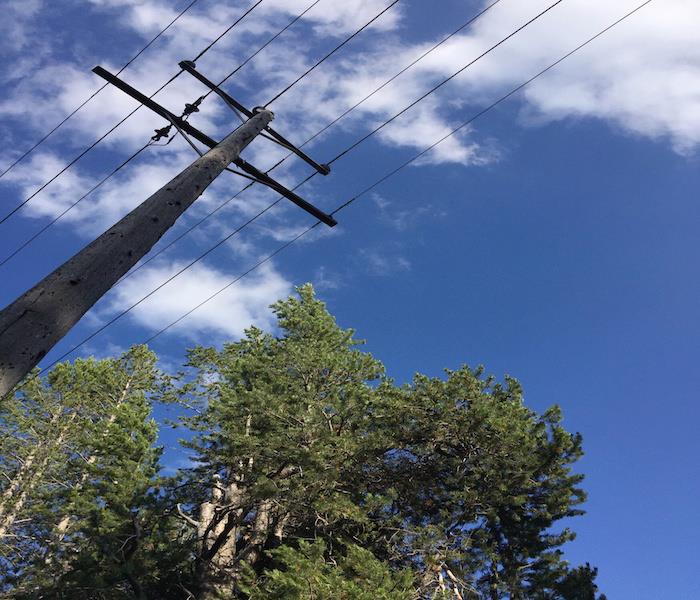 SERVPRO’s commitment to their community is never ending. Not only are SERVPRO employees there to help those in need due to water, fire, or mold damage, but even when they’re not working, they are committed to supporting their neighbors.

Recently, a tree fire in Melbourne Beach gave a special SERVPRO employee an opportunity to help out in his neighborhood. Through a selfless act in support of his community outside of his job, this employee exemplifies the spirit that SERVPRO looks to set. The incident also was a lesson in working around power lines and the damage that can occur if those untrained operate around them.

In the late afternoon of Friday, August 19, a Melbourne Beach resident was having their trees trimmed. During the process of grooming a tree, one of the branches fell onto an arching power line, which resulted in the tree catching fire.

Florida Power and Light was called onto the scene to cut the power to the neighborhood and avoid any further problems. The Melbourne Beach Volunteer Fire Department was called to the scene to put out the blaze and keep the fire from spreading, potentially causing harm to residents of the area.

One of the firefighters that was called to the scene was Melbourne Beach volunteer firefighter Heath Parks, who also happens to be a commercial marketing representative for SERVPRO. Parks responded to the call and assisted in extinguishing the flames before anyone in the neighborhood was injured.

Parks’ selfless service as a volunteer firefighter shows his commitment to SERVPRO by exhibiting a dedication to serving his community.

Lessons from the Fire

The Melbourne Beach fire was a good example for residents as it showed how dangerous cutting trees can be when done around power lines. While you can direct branches to fall a certain direction by cutting them a certain way, there’s never a guarantee that they will fall that way. It’s important that only specially-trained tree trimmers cut any branches around power lines as they are trained to cut the branches decreasing the likelihood that the branches will fall on any power lines. They are also trained on safety precautions should anything fall on power lines to keep injuries to a minimum.

Touching a power line, either by yourself or using an object such as a ladder, pole, or pruning saw, can result in serious injuries or worse. Specially-trained tree trimmers know how to avoid touching the power lines when using such equipment. An untrained user might accidentally touch the line which could result in serious harm.

To avoid any of these potential situations, Florida Power and Light recommends staying 10 feet away from any power lines. This includes the tip of anything that you may be carrying. Doing so will help you avoid getting too close to the lines and potentially electrocuting yourself.

The obvious reason to avoid power lines is because you could seriously injure yourself and those around you. However, that’s not the only damage that can occur. As evidenced in the Melbourne Beach fire, a branch falling on a power line can cause a tree to go up in flames. If that tree is hanging over a house, it could potentially catch the building on fire, causing even more significant damage.

In the Melbourne Beach fire, the quick thinking and proper training of the Melbourne Beach Volunteer Fire Department ensured that there was nobody injured and no further damage was caused. But under different circumstances, things could’ve been much worse and caused extensive and costly damage.

Heath Parks and his fellow Melbourne Beach volunteer firefighters handled themselves well and were able to extinguish the flames before any further damage occurred to the community. While it worked out in this situation, things could’ve gone much differently. As proud as we are of Heath in his professionalism and service to his community, it’s a cautionary tale of how dangerous power lines can be and why only specially-trained professionals should operate around them. 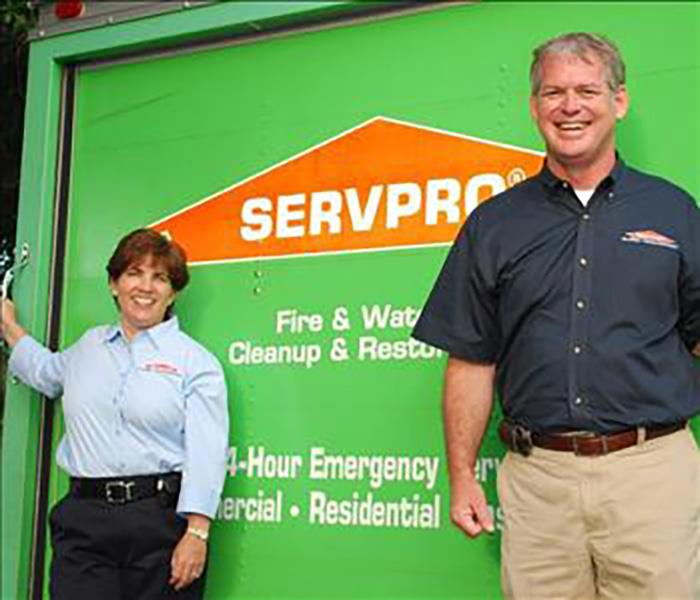 SERVPRO of Osceola originally opened in 2005 by Sam Evans, and has served the Kissimmee and St. Cloud area for the last 10 years.

“I look forward to providing the highest level of service to our customers, and continue to serve this community,” said John Robertson.

For more information on the services offered by SERVPRO of West Brevard,  contact our local franchise us at 321-953-8600.

SERVPRO of South and West Brevard 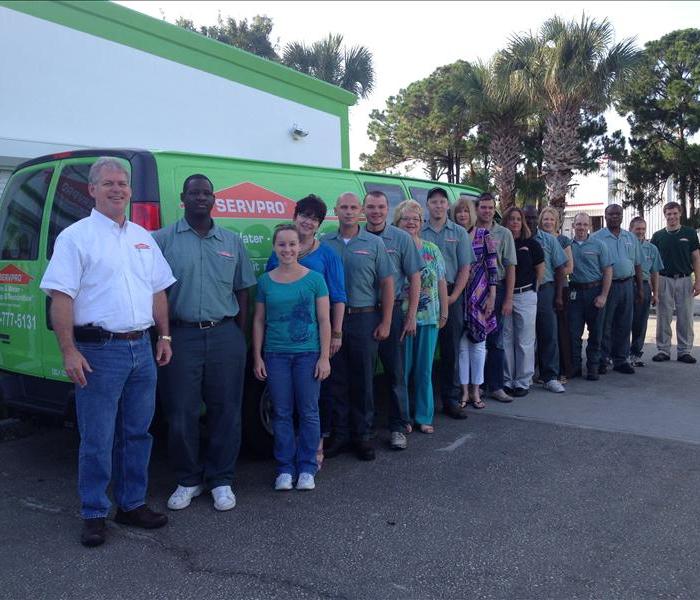 The SERVPRO of South and West Brevard team coming together for a group picture!